How Social Media ‘Court’ Is Setting Agenda For A ‘New Nigeria’ 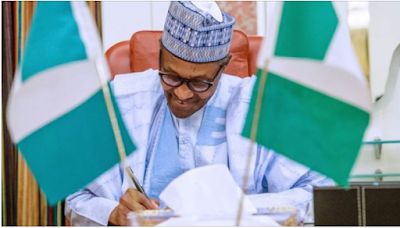 With all three cases won in just five days, Nigeria’s social media court has historically been more relevant than ever in the past week and it is gradually changing status from jesters to activism.

It all started with the rape allegations from Busola Dakolo, wife of musician, Timi Dakolo, against the Senior Pastor of Commonwealth of Zion Assembly (COZA), Biodun Fatoyinbo, on Friday and the social media space was turned upside and in bits, an army of protesters rose and without prior meetings and plans decided to organise a match against rape and the Pastor Fatoyinbo at COZA headquarters, Abuja and Lagos demanding that he should step down.

After what looked like a successful outing, Pastor Fatoyinbo bowed to pressure and announced that he would take a leave of absence from the pulpit till further notice just 24 hours after the protest.


In the same vein, the proposed long term solution to farmers/herders crises in major parts of Nigeria, RUGA, was overwhelmed by the rape saga and just immediately after that box was ticked, all energy was transferred to the social media protest with different hashtags to show displeasure and disapproval of the Rural Grazing Areas, which some have termed as a Fulani word for cow settlement.

On the Vanguard morning show, Today in the News, the voice against the move was loud enough as almost 95 per cent of the viewers said no to RUGA.

Interestingly, President Muhammadu Buhari, bowed to the social media court and announced the suspension of RUGA, which is supposed to mean that every state donates a portion of land for cattle rearing. Social media lawyers were on a winning streak of two victories in a row.

But they are not done, as the victories continue to trickle in, confidence, apparently grew and there was the need for more battles and human right activities.

Then came the video of the youngest Senator in the ninth assembly, Elijah Abbo, who was caught on camera assaulting a lady. The social media court would not let it slide; as if a trigger button of attack was tapped, it was only a matter of seconds before the news spread like wildfire and it would take more than fire service to extinguish, they didn’t spare both the senators and his innocent colleagues that were just celebrating a smooth appointment and announcement of its principal officers.

Like Pastor Fatoyinbo, the first instinct was to deny and it complicated the issue, but it wasn’t long before the Senator realised that until there is sobriety he would incur the wrath of more than the social media as the police have announced an investigation into the matter.

But moments later, on bended knees, straight to the cross with a tail behind the legs, the senator tendered unreserved apologies to the lady and indeed Nigerians, and the rest, as they say, is history.

Who says Nigerians like to talk without actions? Just make sure you are not the reason for their discussions