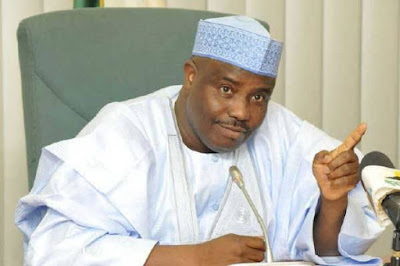 The Governor of Sokoto State, Alhaji Aminu Tambuwal, has revealed that ranching is the best form of animal husbandry that will end conflicts between herdsmen and farmers.

Tambuwal made this known to newsmen after meeting with Governor Samuel Ortom of Benue State on Saturday in Abuja.

He explained that aside from prohibiting cattle from moving from one point to another and improving security in the process, ranching is beneficial to both herdsmen and their cattle as it promotes their healthy production.

The Sokoto State Governor said he has already reactivated the programme of his predecessor which attempted to import some species of cows from Argentina, disclosing that his administration has completed the project by importing various species for ranching.

According to him, the state has also earmarked 17 grazing areas in the state and provided them with infrastructure such as water to ensure that herdsmen don’t move around.

He further clarified that his visit to Governor Ortom was not to consult him on any political issue but to discuss with him on ways of improving the security and general wellbeing of the people.

“My visit was centered majorly on felicitating with my Benue State counterpart for coming out of isolation having tested negative for Covid-19 and to also wish him and the people of the State a prosperous new year,” he said.