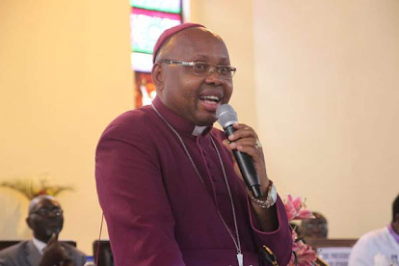 Archbishop, Province of the Niger and Bishop of Awka Diocese, Most Revd. Alexander Ibezim, has condemned Lesbianism and gay marriages, insisting there was nothing lawful about them.

The Bishop said the Church of Nigeria, Anglican Communion will continue to stand strongly against them, and would never change its stand.

Ibezim, who spoke at Church of Pentecost, Awka, on Saturday, during the solemnization of holy matrimony between Chioma Okoye and Frank Maduka, insisted that there was nothing right about Lesbianism and homosexuality.

He said, “Lesbianism and gay activities are satanic and run against the standard and law of nature. It is clear that God set up marriage institution for a man and woman and not for people of same sex to engage or conduct themselves as married couple.

“Even goats know the right thing to do. When a he-goat wants to mate, it looks for a she-goat. You can never see a he-goat running after a fellow he-goat for anything.

“So, this behaviour of human beings is too bad and worse than what even animals will do. We will continue to speak against it because it is unacceptable.”

Ibezim urged the couple to respect each other, while insisting that a man and his wife are not equal in a marriage, as the man remains the head, while both should have mutual respect for each other.

The wedding was attended by the Archbishop Metropolitan and Primate of all Nigeria, Most Revd Henry Ndukuba and several bishops from within and outside Anambra.