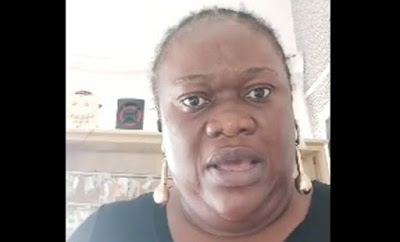 Deborah Okezie, the mother of the 11-year-old pupil of Deeper Life High School in Akwa Ibom who was allegedly molested, has claimed that a doctor sneaked into a hospital where her son was receiving treatment to collect his blood sample.

In a video on her Facebook page on Wednesday, Okezie said the incident happened at St. Athanasius Hospital, the first hospital where her son was admitted.

She said the doctor, who is in his 70s, had visited the hospital with a masked face and took her son’s blood sample under the pretense that he came to help a colleague.

Okezie said the doctor had been apprehended and is currently in police custody.

She alleged that the doctor was the same person who took her son’s blood sample when he gained admission into the school.

The woman also alleged that the doctor was working with Deeper Life while calling on Nigerians to help her unearth why he took her son’s blood sample.

Okezie said the development had come amid claims by Solomon Ndidi, principal of the affected school, who was earlier suspended, that her son had HIV when he gained admission.

“Ndidi and the rest of them are saying my son is HIV positive, they are claiming he came to the school with a lot of drugs. This was after they sent their doctor to St. Athanasius hospital, the first hospital where we took my son for treatment,” she said.

“Their doctor, a 71-year-old man, masked up and was taking blood samples. I just said I know you; you were the same person that tested my son when he first came to the school and he said yes, that he was there to support a colleague. What sort of support is that? He is in police custody now.”

Okezie had claimed her son was deprived of the food she had paid for and molested by the senior students after the principal moved him to their dormitory for urinating on his bed.