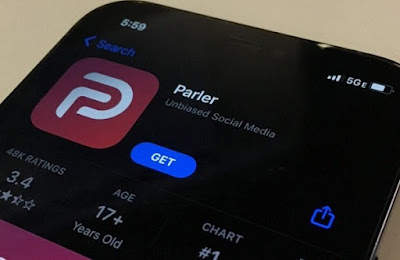 Google has removed Parler, a free speech social network, from its app store over its failure to remove what it has described as “egregious content”.

Donald Trump, US president, had earlier migrated to Parler after Facebook and Twitter suspended his accounts over his comments on the violence that rocked the US congress last Wednesday.

But, according to USA Today, Google removed Parler from its store for failing to delete posts inciting violence.

A spokesperson of Google was quoted as saying that the suspension is in line with the company’s policy requiring social media apps displaying user-generated content to have moderation policies.

“In order to protect user safety on Google Play, our policies require that apps displaying user-generated content have moderation policies that remove egregious content like posts that incite violence,” the spokesperson said.

“We’re aware of continued posting in the Parler app that seeks to incite ongoing violence in the US.

“We recognize that there can be a reasonable debate about content policies and that it can be difficult for apps to immediately remove all violative content.

“But for us to distribute an app through Google Play, we do require that apps implement robust moderation for egregious content.”

It is also understood that Apple also threatened to remove Parler from its store for failing to moderate incitements to violence and illegal activity.

According to Reuters, the company ordered Parler to implement a moderation plan and wipe “objectionable content” from its platform within the next 24 hours.

Launched in 2018, Parler brands itself an “unbiased” platform.