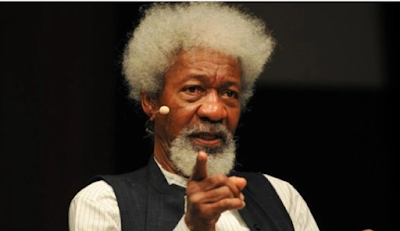 Nobel Laureate, Prof. Wole Soyinka, has called for a national mobilisation to combat the menace of insecurity bedeviling the country.

He stated this on Saturday while featuring on an Arise TV programme.

Soyinka also said Nigeria has reached the “stage of desperation” and the government should be willing to “pay people to come and help us” in defence against Boko Haram insurgents, bandits, and other criminal elements.

“So, let them get away with the issue of sovereignty. If they have to pay people to come and help us, then call them whatever you want. Please go ahead because we’ve reached that stage of desperation.

“But I will prefer a general mobilisation in which people are trained, farmers especially are trained to work with the hoe in one hand and the gun in the other hand, ready to protect their lives, their harvests and the rest of us.

“We are not unique, history is full of those situations…I will like to see a national mobilisation. Let’s be practical.”

Borno State governor, Babagana Zulum, had consequently urged the Federal Government to engage mercenaries and the militaries of neighbouring countries like Chad, Cameroon to crush the over ten years Boko Haram insurgency.