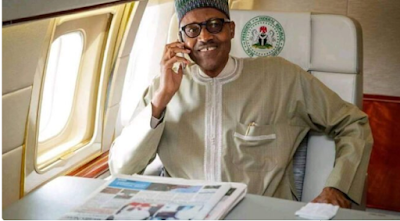 The Defence Intelligence Agency (DIA) acquired equipment to spy on calls and text messages by Nigerians, according to a new report by CitizensLab.

The Citizen Lab is an interdisciplinary laboratory based at the Munk School of Global Affairs and Public Policy at the University of Toronto in Canada. The lab focuses on investigating digital espionage against civil society.

According to its latest report “Running in Circles: Uncovering the Clients of Cyberespionage Firm Circles,” Nigeria’s foremost military intelligence agency, which reports directly to President Muhammadu Buhari, may have been spying on your calls.

The lab found that DIA and another body in Nigeria had acquired Signaling System 7 (SS7), a protocol suite developed for exchanging information and routing phone calls between different wireline telecommunications companies.

DIA is reported to have bought the system from Circles, a surveillance firm that reportedly exploits weaknesses in the global mobile phone system to snoop on calls, texts, and the location of phones.

“Our scanning identified two Circles systems in Nigeria. One system may be operated by the same entity as one of the Nigerian customers of the FinFisher spyware that we detected in December 2014,” the report read.

The spy equipment has been active under the leadership of President Buhari as the trace showed their activities from June 2015 — just after the president took office.

In 2019, the president also inaugurated the National Command and Control Centre as well as the first phase of the Nigeria Police Crime and Incident Database Centre, and electronic surveillance vehicles to maintain order in the country.

Members of civil society in Nigeria have faced a wide range of digital threats in the past.

All calls  to the Defence Intelligence Agency (DIA) were neither taken nor returned.

An investigation by Premium Times had previously found that former governors of Bayelsa and Delta states purchased systems from the same surveillance firm employed by DIA.

The Circles system was reported to have been used to spy on political opponents in past elections in the country.

The CitizensLab report did not state instances where the Circles’ SS7 were used to spy on citizens and politicians, but this was the use case in some other countries employing the same systems.