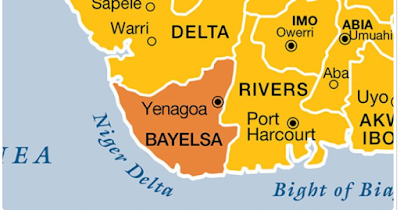 Three policemen on election duty reportedly drowned on the evening of Friday in Bayelsa state after a speedboat mishap.

“I don’t know the number of officers onboard, but we fear some officers are missing,” he said in a message.

The police officers were said to be on their way to Bayelsa-central senatorial district in Southern Ijaw local government area of the state when the boat they were on capsized in the Southern Ijaw river.

Mike Okoli, the state commissioner of police, said on Friday 5,000 policemen were deployed for the bye-elections on the vacant senatorial seats of Bayelsa west and Bayelsa central.

Bye-elections for state and federal legislative seats are taking place across 11 states in the country.