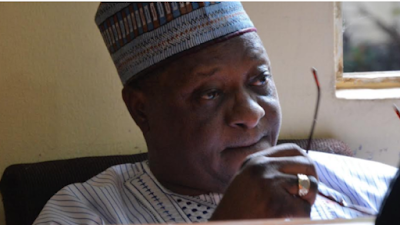 Joshua Dariye, former governor of Plateau state, has asked the supreme court to nullify his conviction or reduce the 10-year jail sentence he was given for diverting public funds.

The Economic and Financial Crimes Commission (EFCC) had charged Dariye to court in 2007, accusing him of diverting N1.126 billion from Plateau government’s ecological fund.

In June 2018, Adebukola Banjoko, judge of a federal capital territory (FCT) high court in Gudu, sentenced Dariye to 14 years imprisonment having found him guilty on 15 out the 23 counts preferred against him.

A court of appeal on November 16, 2018, reduced the jail term by four years after the former governor had appealed his conviction.

But still dissatisfied with the decision of the court of appeal, Dariye approached the supreme court seeking to void his conviction.

At the court hearing on Thursday, Kanu Agabi, Dariye’s counsel, urged the court to show mercy, adding that his client’s conviction was speculative.

“Allow this appeal and set aside the conviction of the appellant,” Agabi said

“Here is a man sentenced to 10 years imprisonment. 10 years is more than a lifetime for some people. You should show mercy.

“Reduce the sentence substantially, I beg you.”

However, Rotimi Jacobs, counsel to the EFCC, urged the court to disallow the appeal.

“We urge your lordships to dismiss this appeal and uphold the concurrent findings of the two lower courts,” he said.

He argued that a public servant was not better than the common man in the eyes of the law.

“As for the sentence passed, it has been reduced to 10 years. That he is a public servant does not mean he should go free,” Jacobs stated.

A five-man panel of the apex court led by Mary Odili has fixed March 21, 2021, for judgment.