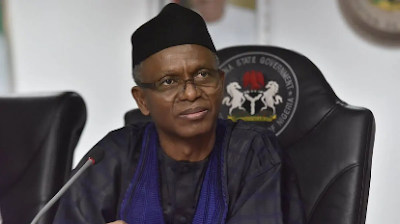 Traders in Kakuri market have appealed to the Kaduna State government to give them more time to evacuate their belongings.

This is as the seven days quit notice given to the traders to quit the market elapsed.

The traders lamented the increase in hardship, poverty and frustration as the main challenge they would face henceforth.

Although some traders have started removing their property from the market, they described the quit notice as “Killing them gradually before their time” since according to them, they have no other source of income apart from what they get from the market.

According to Mr. Ogechukwu Ani who said he had been in Kakuri market for over 40 years selling motorcycle spare parts, ” I have not seen this type of 7 days quit notice coming from a civilian Governor as the world wants to come to an end. If it were a military government, I wouldn’t border.

Also lamenting the side effects of the quit notice issued by the state government, Dr. Moses Aruduwa said he was surprised at the notice at this critical time when COVID-19 has just dealt a big blow to the economy.

“I am not comfortable with this quit notice where do we go from here? Kakuri market is where we get buyers who come to us. If the Governor wants us to move out of the market, he should create a temporary or permanent place for us.”

As at Thursday morning, the market gate has been placed under lock and key and no one was allowed entry to the market, as local vigilantes manned all entrances.

Chairman of the Kaduna market union, Danjuma Katshina noted that the governor has a listening ear to approve their request to extend the deadline for the evacuation.

According to him, market traders are prepared to pack their belongings and was optimistic that the Governor will respond positively.