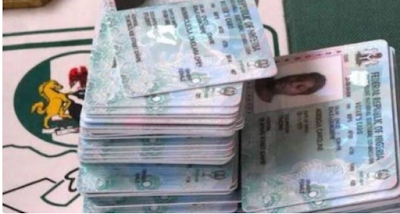 YIAGA Africa, a civil society organisation, has raised the alarm over the purchase of voter cards ahead of the governorship election in Edo state.

The governorship election is scheduled for September 19.

In its first pre-election observation report published on Monday, YIAGA Africa said there might be violence during the polls.

It identified 13 out of the 18 local government areas in the state as hotspots where disruption of voting exercise might occur.

In the report signed by Moshood Isah, its communication officer, YIAGA said the pre-election violence may discourage voters from exercising their franchise.

“Reports from our LTOs (Long Term Observers) suggest that the spate of violence and insecurity in the pre-election period may discourage voters from turning up to vote on election day,” the report read.

“WTV (Watching the Vote) LTOs reported the distribution of money or gift items by politicians and their supporters in all the LGAs except Uhunmwode, Akoko Edo, Etsako West, and Etsako East LGAs, while buying PVCs was recorded in Esan Central, Oredo, Orhionmwon, Ikpoba/Okha, and Igueben LGAs.”

It said the two dominant parties — Peoples Democratic Party (PDP) and All Progressives Congress (APC) — in the governorship race are guilty of violent rhetoric, hate speech, vandalism, and violence, adding that cult groups have also repositioned themselves as tools to be deployed in causing chaos during the polls.

“The competition has been reduced to a contest between personalities as opposed to issue-based campaigns. The WTV long term observers reported incidences of violent verbal and physical attacks, identity-based violence, and hate-speech rhetoric as campaign strategies employed by both parties for campaigns,” it read.

“The observers also reported the repositioning of cult groups as political merchandise for the election in some LGAs. While INEC activities for the election have commenced in earnest in some LGAs, observers reported that INEC is conducting very little voter education, especially on the new Voter’s Code of Conduct for Elections during COVID-19. In addition, observers reported sexual and gender-based violence in some of the LGAs in the state.

“The state is also witnessing a surge in cult groups’ activities, especially in Ikpoba/Okha, Oredo, Orhionmwon, and Owan West LGAs. This is mainly attributable to an entrenched subculture of violence built around well-known strongmen, thugs, touts, gangsters, and cultists on the one hand, and the widespread belief that elections cannot be won – or smooth governance guaranteed – without strong-arm tactics and the support of powerful thugs.

“The situation is direr because of the proliferation of small arms and other weapons, which is evident in the free use of firearms at campaign venues.”

The organisation called on security agencies to put adequate measures in place towards achieving a peaceful election in Edo.