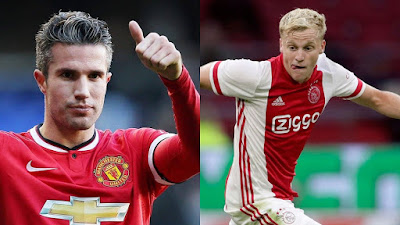 Former Manchester United striker, Robin van Persie, has warned Donny van de Beek of the mental challenge ahead of his move to the club.

The Dutch midfielder has undergone his medicals ahead of the 40 million transfer.

Van de Beek helped to fire Ajax to the Champions League semi-finals in 2019 and continued his excellent form last season, leading to a lot of interest from European teams.

However, he will face competition in United’s starting XI from the likes of Bruno Fernandes and Paul Pogba.

“It means that he has to stand there right away and he has to mentally adjust to that. Because Manchester United is in every way a beast of a club.”