VIDEO: Drama as Mourinho storms off pitch to get Eric Dier from restroom 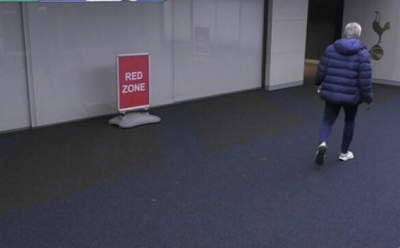 Jose Mourinho, Tottenham’s enigmatic manager, stormed off the field into the restroom in search of Eric Dier, one of his players, who hurriedly left the pitch during Tottenham’s Carabao Cup fourth round penalty shootout win over Chelsea on Tuesday.

With Chelsea leading 1-0 from Timo Werner’s first half strike, Spurs were dominating the second period before Dier dashed down the tunnel in the 75th minute and this afforded Chelsea a rare opening that was squandered.

A visibly annoyed Mourinho stormed down the tunnel afterwards to fetch the England international who returned three minutes later.

Tottenham would eventually equalise on 83 minutes before claiming a rare win against an expensively-assembled Chelsea squad.

So he ran after him! 🤣#TOTCHE

Speaking of the incident after the match, Dier said he had to obey nature’s call.

“After playing on Sunday it wasn’t easy, maybe that’s the reason I had to run off but we got through it! All of the staff and the players put the effort in,” he said.

“Jose wasn’t happy but there was nothing I could do about it, nature was calling. I heard there was a chance while I was off the pitch but thankfully they didn’t score.”

On his part, Mourinho praised the player’s dedication and blamed the incident on dehydration.

“What happened to Eric Dier is not normal, I have to praise him in a special way,” the former Chelsea manager said.

“It should be forbidden for a player to play two games in 48 hours at this level [after he played against Newcastle]. What he did is not human to do.

“He had to go [to the restroom], he had no chance. Maybe it is a normal thing when you are completely dehydrated which is the case, I had to put pressure on him to get back but he is a great example for everybody. If the authorities don’t care about players, I care.”