CAN to Buhari: Implement 2014 confab report — and fix Nigeria’s problems 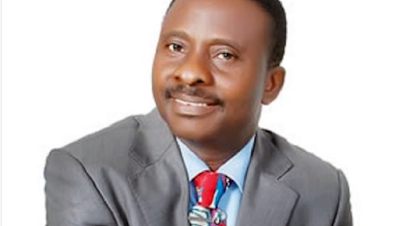 The Christian Association of Nigeria (CAN) has asked President Muhammadu Buhari to implement the recommendations of the 2014 national conference.

In a statement on Wednesday to commemorate the 60th independence anniversary of the country, Samson Ayokunle, national president of CAN, outlined 10 issues the president must address to save the country from its current challenges.

According to the CAN president, Nigeria’s political leaders have failed to invest in the future of the country, but enrich themselves at the expense of citizens.

“Our economy is in shambles and the naira has been devalued beyond recognition while the masses are at the receiving end. The cost of living has gone beyond the reach of many Nigerians, our youths are becoming increasingly vulnerable to criminality in the absence of gainful employments or job opportunities,” Ayokunle said.

“We have never had it this bad as we had it in the last 10 years. It is disheartening to read in the print media that some governors are literally begging criminals to stop their attacks because they have no answer to stop them. Nigerians abroad are not happy with the horrendous conditions at home.

“We urge President Muhammadu Buhari (GCFR) to immediately sign the Electoral Bill reform which has been gathering dust on his table since last year. Our elections should be free, fair and credible if we want the governed and other nations to respect our political leaders. Trust is earned not imposed or enforced.

“Our governments should be sensitive to the yearnings and the groaning of the governed. The era of asking the people to tighten their belts while those in power are loosening theirs should stop.

“Both the Federal and State governments must give a sense of belonging to all citizens irrespective of their religious, tribal, and political persuasions. Lopsided appointments in favour of one part of the country at the expense of the other, or in favour of one religion at the expense of the other will only deepen the crises in the polity. This will put pay to those calling for the balkanisation of the country.

“We call on the government to revisit the 2014 National Conference Report with a view to using it to address some problems militating against the peace and unity of the country. We don’t need another conference if there is a political will to implement the report.”

Ayokunle also called for the overhauling of the country’s security architecture, and he asked the federal government to suspend the hike in electricity tariff and petrol pump price in order to mitigate the economic burden on citizens.