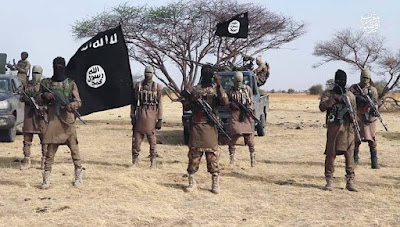 Scores of Islamic State of West African Province (ISWAP) terrorists have been killed as the Air Task Force of the Operation Lafiya Dole bombarded their hideout at Tumbuma Baba, an Island Settlement on the fringes of the Lake Chad in Borno State.

The Coordinator Defence Media Operations, Major General John Enenche, in a statement, disclosed the bombardment of the insurgents’ base, which also served as their logistics hub, followed Intelligence reports, which indicated various ISWAP leaders and their fighters were assembled in some structures concealed under thick vegetation and planning to launch an attack.

According to him: “Several terrorists have been neutralised and their hideouts and logistics structures destroyed by the Air Task Force (ATF) of Operation LAFIYA DOLE at Tumbuma Baba, one of the Island settlements on the fringes of the Lake Chad in Borno State, which serves as a logistics hub for Islamic State of West Africa Province (ISWAP) elements.

“This was achieved in airstrikes executed on 29 September 2020 under the ongoing subsidiary Operation HAIL STORM 2 after Human Intelligence (HUMINT) reports indicated that several ISWAP fighters and some of their leaders had converged in some structures concealed under the thick vegetation of the area, preparing to launch an attack.

He added: “The Armed Forces of Nigeria, operating in concert with other security agencies and stakeholders, will sustain its efforts to rid the North-East zone of all terrorists and other criminal elements”.