I’ll slap anyone who asks me to settle a dispute, ‘hungry’ soldier charges at Edo voters 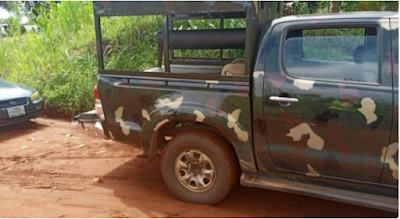 One of the soldiers drafted to Akoko-Edo council area of Edo state for the governorship election has threatened to deal with anyone who approaches him to settle a dispute.

As part of measures of tackling insecurity, the federal government had deployed additional security operatives in Edo

But many of them have lamented hardship, saying provisions were not made for their welfare.

At Akoko Edo, a soldier simply identified as Nasiru told TheCable that he would ignore anyone who calls his attention to any dispute, recounting how he had resolved misunderstanding among some people earlier.

“I was drafted from Asaba (in Delta) to here in Edo for the election. They called (us) to a fight at that polling unit (polling unit 007, ward 2, Uffa Ovoko) and we settled that matter,” he said.

“The other place we went to, I met an old woman who needed attention and I responded. But if anyone calls me again, I’ll slap the person. I won’t guide you people while I am hungry. I’ll do my best, I don’t know whoever will win this election. So, people should leave me alone.”

had earlier reported how a policeman at one of the checkpoints on Auchi-Igarra road expressed anger publicly while lamenting poor treatment.