#BBNaija 2020: Kiddwaya lists Dj Cuppy, 2 others as women he is emotional about 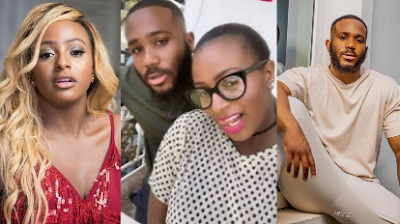 Big Brother Naija housemate, Kiddwaya has revealed the women in his life whom he is comfortable with and has equally shown his emotional side to.

Kiddwaya had earlier made it known to Erica that he had no serious plans to continue with their relationship outside the house.

He further stated that they could still see whenever he is in Lagos and hang out with housemates, adding that he feels he is doing what’s right for both of them.

However, Erica who has been battling with the fact that she’s not getting enough love and attention from the billionaire’s son went on to ask if he has found anyone in his entire life that he is comfortable with and showing his emotional side.

Kiddwaya, responding said there were just three women he had felt that way with his entire life.

He said ” Yes, there are three of them, my ex but it wasn’t enough to realize I was getting into it.

”My manager and probably Cuppy, so it’s just the three of them and that’s it. At least, I already said I wasn’t a robot.”

Also, during one of his diary sessions with Big Brother on Thursday, he gave a shoutout out to his social media handler whom he said was his best friend and also to Cuppy, adding that she is one of his favorite girls.