16 Professors jostle for position of Vice Chancellor, University of Ibadan 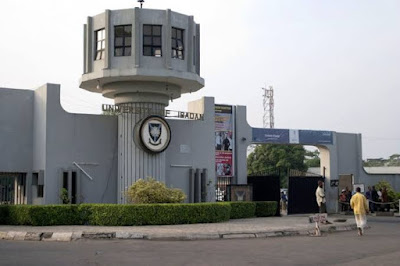 No fewer than sixteen (16) Professors have indicated an interest in the role of a Vice-Chancellor at the University of Ibadan.

The tenure of the incumbent Vice-Chancellor, Professor Abel Idowu Olayinka comes to an end in November 2020.

The new Vice-Chancellor, when elected, will assume office for a single tenure of five (5) years on December 1st 2020.

Our correspondent, however, gathered on Sunday that sixteen Professors have indicated interest in succeeding the incumbent.

It was gathered on Sunday that the sixteen candidates are expected to address stakeholders in the university at a debate tagged “The Voice of UI VC: Who is next” billed to take place on Thursday via zoom.

The University of Ibadan was founded in 1948, our correspondent gathered that since its creation, no indigene of Ibadan has held the position of a Vice-Chancellor.

Following this development, the Central Council of Ibadan Indigenes (CCII) appealed to President Buhari, who is the Visitor to the university to address what it described as “marginalization”.

The CCII President, Adeyemi Soladoye who recently addressed a press conference in Ibadan, called on Buhari to appoint one of the qualified professors from Ibadan as the Vice-Chancellor of the 72-year-old university.

He appealed to President Muhammadu Buhari to ensure that one out of the four indigenes is picked to succeed the current Vice-Chancellor whose tenure expires in November this year.