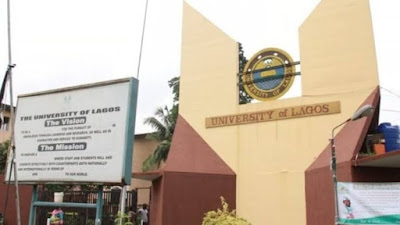 The Acting Vice-Chancellor, University of Lagos (UNILAG), Prof. Folashade Ogunsola has unveiled her plan to sustain the institution’s brand.

Ogunsola, also UNILAG’S substantive Deputy Vice-Chancellor (Development Services), made the appeal in an interview in Lagos.

She appealed to stakeholders in the institution to join hands with its management to sustain the UNILAG brand.

“It is about protecting the certificate that they hold.

“When people forget all these, it really calls to question their loyalty to this institution and their responsibility to the next generation,” Ogunsola told NAN.

Ogunsola was elected the Acting-Vice-Chancellor by members of the institution’s senate on Aug. 24.

Her appointment was confirmed by Unilag’s Governing Council on Aug. 25.

Ogunsola’s appointment followed Federal Government’s directive on Aug. 21, that the Chairman of Unilag’s Governing Council, Dr Wale Babalakin (SAN), and the Vice-Chancellor, Prof. Oluwatoyin Ogundipe, should recuse themselves from official duties pending the findings of a special visitation panel to the university.

The panel was set up by President Muhammadu Buhari to look into a lingering conflict between the university’s governing council and its senate which culminated in a controversial removal of Ogundipe from office by the governing council on Aug. 12.

Ogunsola told NAN: ”Our system had been one, we work together – academic and non academic – and my plan is to build bridges among different groups.

“I am not unaware that there are still some elements that are bent on destruction.

“Most people on this campus recognise that these are negative elements who do not really care about the University of Lagos.

“While the rest of us want to protect the brand, they do not mind destroying it.”

Ogunsola, a Professor of Medical Microbiology, said that peace had returned to Unilag following the Federal Government’s decision.

“The panel has come, the members have sat, people have been given the chance to defend themselves; we are waiting for the panel to come up with its report.

“In general, the campus is calm.

The acting vice-chancellor said that the visitation panel came prepared with all it needed to facilitate its job.

“We thought we would have to take care of their accommodation and some other things, but they called us and requested that we should only reserve accommodation for them and not to pick the bills,” she said.

The acting vice-chancellor said that the university did not pay any bills as regards the panel’s visit.

“They took care of everything; they came with their secretariat staff, had their own office – the upper chamber that is usually locked – had no interaction with anyone except if they needed to call anyone in for questioning.

“Our only support was to give them two staff, one from protocol and one from legal, who usually stayed on the ground floor and whose job was to usher those needed at any point in time.

“In all, they came prepared and were totally independent,” she said.