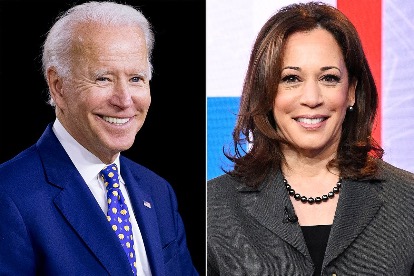 Joe Biden on Tuesday, announced that he has chosen Senator Kamala Harris as his running-mate.

Harris becomes the first black woman to be named to a major-party U.S. presidential ticket.

The 55-year-old could potentially be the first woman vice-president if Biden defeats President Donald Trump at the polls.

“I have the great honor to announce that I’ve picked @KamalaHarris — a fearless fighter for the little guy, and one of the country’s finest public servants — as my running mate.

“Back when Kamala was Attorney General, she worked closely with Beau. I watched as they took on the big banks, lifted up working people, and protected women and kids from abuse. I was proud then, and I’m proud now to have her as my partner in this campaign,” Biden tweeted.

Biden’s picking Harris as his running mate, comes 13 months after she flattened him on the debate stage at the first Democratic presidential primary showdown in Miami.