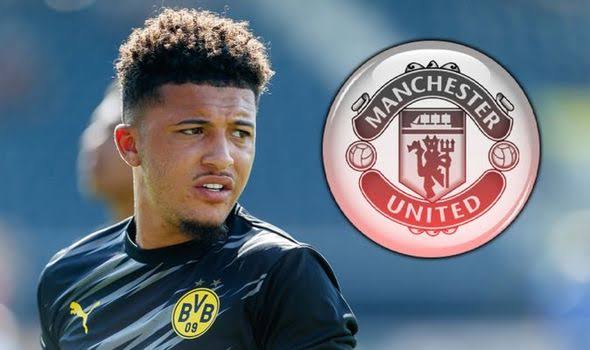 Borussia Dortmund winger, Jadon Sancho, has said he loves playing with his team-mates, after the club blocked his move to Manchester United.

The Bundesliga side were willing to sell Sancho this summer, but they set United a deadline of August 10 to complete the deal.

After the Red Devils failed to meet their £108million asking price, Dortmund now insist Sancho will stay at the club.

The 20-year-old was keen on a move to Old Trafford, but he’s unlikely to hand in a transfer request to force through a transfer.

He joined up with his team-mates for pre-season on Monday and played 45 minutes in the club’s friendly against Altach today, which they won 6-0.

Sancho has remained silent on the rumours of a move to United but he spoke about his joy of playing for Dortmund after the game.

“I love playing with this lot. It is a special bunch. We’ve got some special young players coming up.

“I am really happy to share the pitch with them and guide them. I was once in their shoes, playing with the seniors. I am happy for them,” Sancho said.