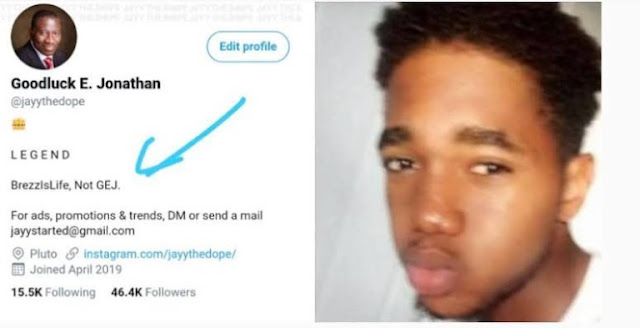 A Nigerian Twitter user, Shola Jay has narrated how he was imprisoned for 90 days because he created a parody account of ex-president Goodluck Ebele Jonathan.

The media personality explained his ordeal via a series of tweets with his @jayyth3dope account.

He, however, accused the Asokoro police division in Abuja of maltreating him and keeping him more than 48 hours as a detainee.

Shola said he spent four days in prison before being charged to court. Meanwhile, he said he kept trying to explain that the account was a parody for Dr Goodluck Ebele Jonathan. But no one listened.

Read his story below… 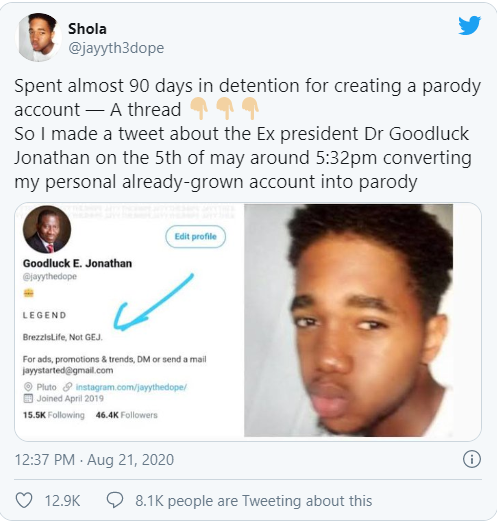 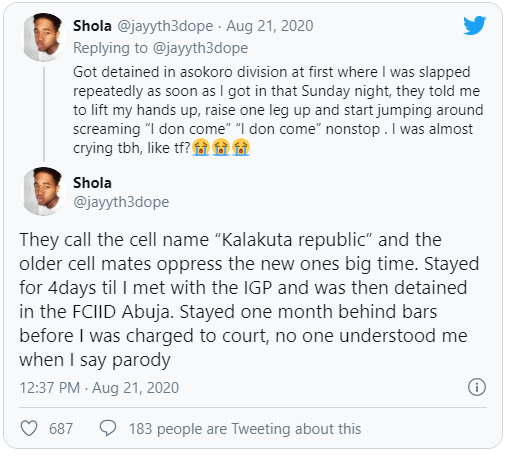 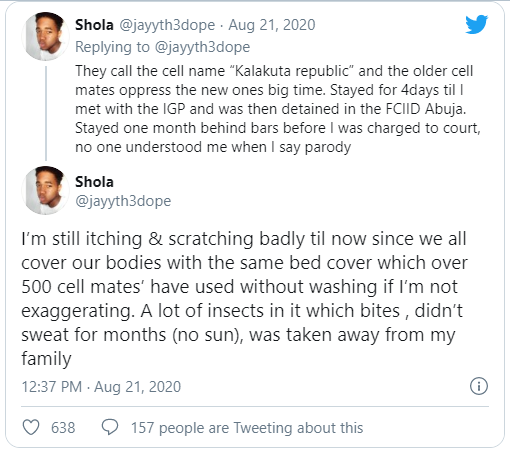 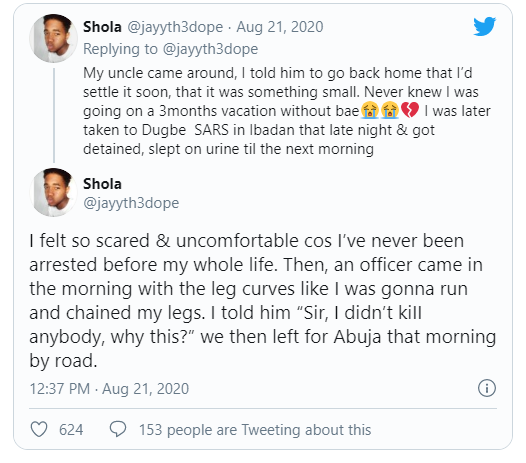 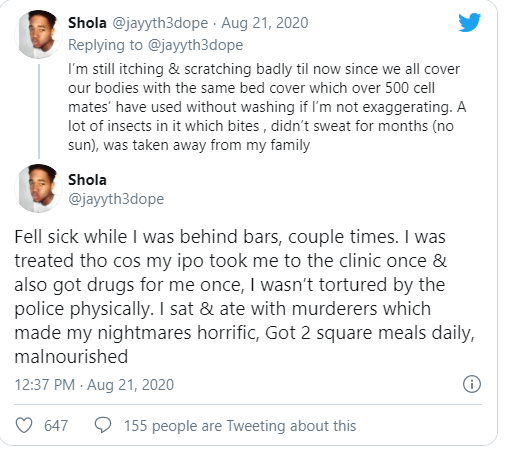 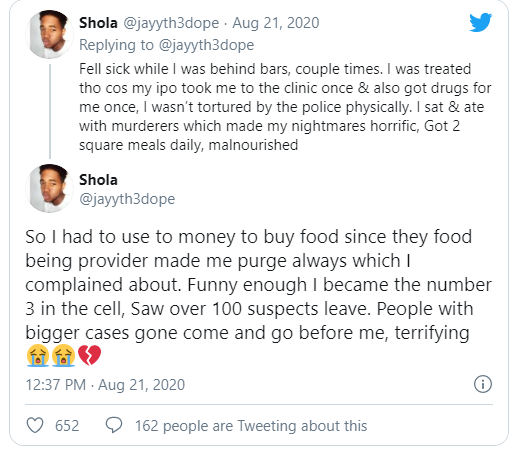 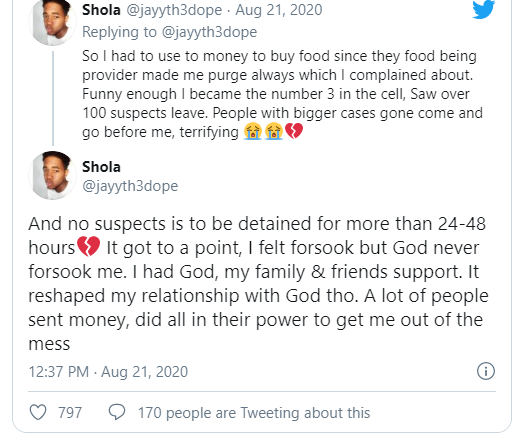 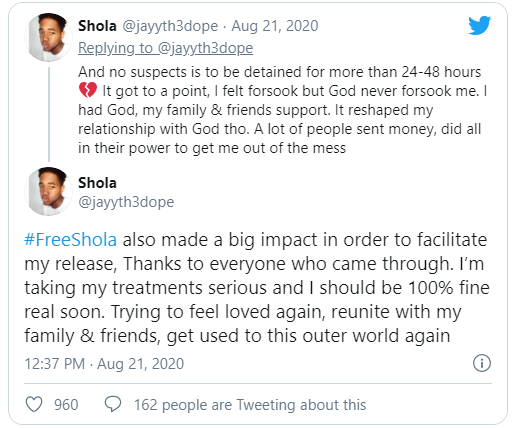 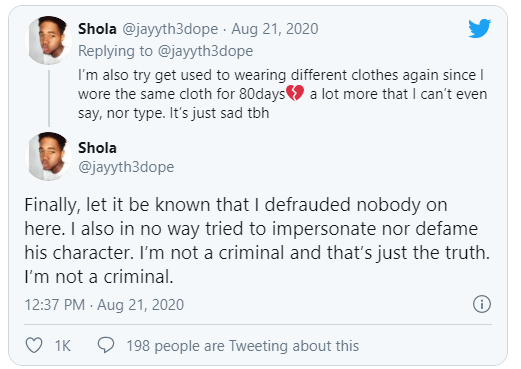