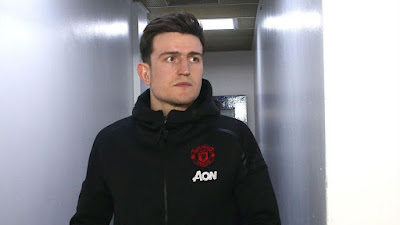 Manchester United captain, Harry Maguire, has been accused of attempting to bribe police officers, following his arrest on the Greek island of Mykonos.

Maguire, who earns £190,000-a-week at Old Trafford, was detained overnight, along with two other men, after a brawl during which the 27-year-old became ‘very abusive and aggressive’ towards officers.

The England defender was transferred to Syros, where he will face a state prosecutor.

“A case file was opened against the trio for the occasional offenses of violence against officials – court officials, disobedience, bodily harm, insult and attempted bribery of an employee,” a statement from the Greek court said on Friday.

Maguire had been enjoying a summer break with his fiancé, Fern Hawkins.

He was photographed with several of his United team-mates, including Marcus Rashford and Brandon Williams, earlier on Thursday, but neither were said to have been at the scene of the incident.

United, in a statement, confirmed they were aware of the incident and noted that Maguire was fully co-operating with the Greek authorities.