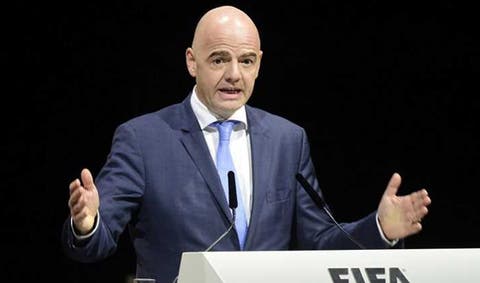 FIFA’s ethics committee on Wednesday decided to close its case against president Gianni Infantino, who is facing a criminal probe in Switzerland over suspected collusion with the country’s top prosecutor.

“After examining the relevant documentation and evidence, the chairperson of the investigatory chamber has decided to file the complaint and close the case due to the evident lack of a prima facie case regarding any alleged breach of the FIFA Code of Ethics,” FIFA said in a statement.

Infantino, in charge of world football’s governing body since 2016, is the subject of an investigation by the Swiss prosecutor over suspected collusion between him and Swiss Attorney General Michael Lauber, who resigned last month over his handling of a corruption investigation targeting FIFA.

FIFA’s investigatory chamber had opened a preliminary investigation into Infantino following reports of alleged ethics breaches, “including the booking by FIFA of a private flight from Suriname to Geneva and meetings between the FIFA President with Michael Lauber.”

But the independent judicial body determined there was insufficient evidence to warrant further pursuing the case.

“Based on the information available to date, no aspect of the conduct analysed constitutes a violation of the FIFA regulations – some aspects do not even fall within the provisions of the FIFA Code of Ethics, or justify the adoption of any kind of measure, including that of a provisional suspension,” the statement added.

Infantino had already insisted he had “nothing to hide” despite Swiss prosecutors launching a criminal probe against him.

In a letter sent to FIFA’s 211 members Infantino said there were no “factual grounds for the opening of a criminal investigation”.

Infantino and Lauber are said to have held a series of secret meetings in 2016 and 2017, but the FIFA head said the meetings were about restoring “public trust in our institution” after a series of scandals.

Infantino claims that those meetings “were in no way secret and most certainly not illegal”.

An anti-corruption lawyer representing Infantino said earlier Wednesday he believed the case would be dismissed.

Jean-Pierre Mean, an anti-corruption specialist hired by FIFA on behalf of Infantino in May, told AFP: “There is nothing wrong with meeting with a lawyer, even informally. It is quite usual and absolutely not criminal.”

The procedure against Infantino, Mean continued, “only mentions an anonymous complaint”.

“We still haven’t seen it. We will have access to the file when Mr. Infantino is heard.”

FIFA also revealed Wednesday the impact of the coronavirus pandemic on its revenue was expected to remain “comparatively low”, with much of the organisation’s commercial rights having already been sold.

It predicted a positive result of $100 million (83 million euros) in its revised 2019-22 budget, with the cancellation of next year’s Confederations Cup and postponement of the revamped Club World Cup partially offset by other revenue streams.