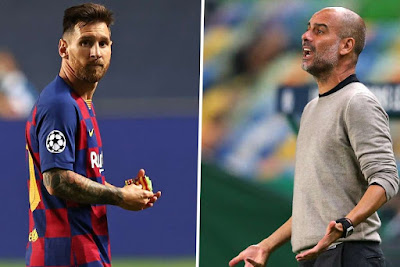 Manchester City will offer Lionel Messi a long-term deal that would see him move to their MLS partner club New York City FC after three years in the Premier League, ESPN reports.

The Premier League side could also offer Messi the chance to become an ambassador for the City Football Group.

City are favourites to sign the 33-year-old after he told Barcelona he wants to terminate his contract.

It has since emerged that Messi spoke with City manager, Pep Guardiola, days after Barca lost 8-2 to Bayern Munich in the Champions League.

Although City will try to sign Messi as a free agent, they would also consider paying €100 and €150 million, if he is unable to force an exit unilaterally.

Players like Eric Garcia and Angelino could be included in any potential deal.