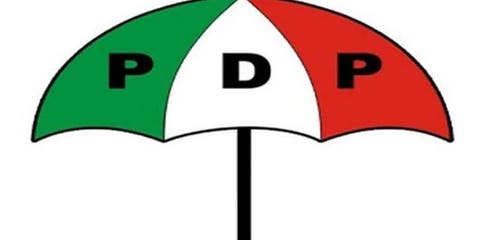 PDP Caucus  in the House of Representatives has threatened to go to court over what it described as breached relating to the federal government’s Special Works Project designed to provide 774,000 jobs in the country.

The caucus had a few weeks ago, rejected the allocation of only 25 slot to members of the House of representatives, against the 30 slots allocated senators; 30 slot to ministers and 40 slots to governors in the 1,000 slots allotted each of the 774 local government areas in the country.

In a statement signed by its Chairman, Kingsley Chinda (PDP-Rivers), the caucus warned its members to ignore the letters written to senators and House of Representatives members by APC State Coordinators of the National Directorate of Employment, NDE, on behalf of the Minister of State (Labour and Employment), Mr. Festus Keyamo, SAN, asking for nomination of  30 and 25 individuals respectively from each Local Government Area in their constituency.

The statement read:  “The Caucus   considers this correspondence a condemnable attempt to bribe and hoodwink the institution of the National Assembly into complicity in the misapplication of Nigeria’s scarce resources for the implementation of a questionable, misguided, absurd and arguably unlawful scheme that alarmingly intends to expend N52 billion under the guise of creating employment for only three months.

“This regrettably is the most unsustainable employment scheme implemented by any government.

“While the caucus espouses the eradication of poverty and the creation of gainful and sustainable employment for the burgeoning population of unemployed Nigerians under this administration, it flies in the face of reason and common sense why this government insists on expending enormous resources for the implementation of a politically motivated transient programme, dubiously shrouded as ‘employment,’ having no empowering or enduring benefit to ordinary Nigerians, especially when several viable and veritable job and wealth-creating alternatives exist for application of the funds.

“Elementary division of the approved programme budget of N52billion by 774 LGA’S in Nigeria implies expenditure of N67.184million (about $150,000) in each LGA of Nigeria which if applied judiciously and transparently, will suffice for the establishment of a viable industry in each LGA, which for several years to come will provide gainful, enduring and sustainable direct and indirect employment for more than 100 skilled and unskilled poor unemployed Nigerians per LGA and provide an invaluable opportunity for future growth, skill acquisition and economic development.

“New International Labour Organization, ILO data reveals that Micro, Small and Medium Enterprises, MSMES, account for a staggering 70% of employment worldwide, as they constitute more than 90% of enterprises in all developing countries of the world and in addition to creating employment, they are the engines of economic growth and social development contributing up to 70% of the GDP of all countries in the world (ILO 2019).”

“In his May 28, 2020 speech, the Minister of State’s reference to provisions of Section 16(1) as justifying his creation of Special Committees known as State Selection Committees across the 36 states of the federation and the FCT is flawed and at variance with that provision of the Act which indicates the substantive minister can from time to time constitute a Special Committee of the Directorate and not special committees.

“Considering the cost implication of the creation of this Special Committee as stipulated in Section 16(2) of the Act which allows the NDE Board to prescribe allowances payable to organizations.”