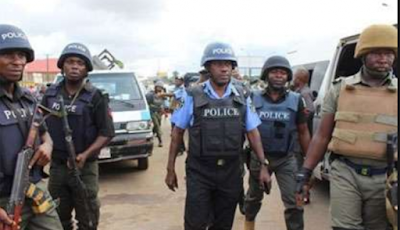 There was a mild drama yesterday in Abuja when three pastors denied members of their churches to evade arrest by the Federal Capital Territory (FCT) Ministerial Enforcement Team, for violating the ban on places of worship in the territory.

The pastors, Ibitoye Kayode of the Liberty Faith Gospel Church, Joshua Olaniru of Liberty Gate Ministry and Vitalis Udeazi of Dominion Chapel, were said to have congregated with their members on a commonly shared prayer mountain located around Lugbe Federal Housing, for worship when the Enforcement Team swooped on them.


after they were caught flouting the ban on religious gathering.
A post shared by GoldMyne (@goldmynetv) on May 17, 2020 at 1:23pm PDT

The leader of the Enforcement Team, Ikharo Attah, said some of the pastors even denied allegiance to their churches, as they tried in vain to hide their true identities during interrogation.

According to him, the clerics “fought vehemently” to conceal their names and the names of their churches.


Attah disclosed that after much argument between the pastors and their members, the clerics were arrested and arraigned before the mobile court for violating the ban.

He said one of the pastors even denied before the task force that any of his members was present on the mountain top.

The denial was said to have been protested by the members who said it was the same pastor who led them to the mountain for prayers.

“Why are you all denying these large groups of worshippers? No one among you agreed that anyone came to worship with them even when they turned out in large numbers. One of you even went ahead to deny being a pastor,” Attah challenged the clerics.

Another cleric, Pastor Effiong Bassey, of the Holiness Revival Ministry Church, Karamajiji, was apprehended for holding a church service to mark the 60th birthday of a retired military colonel, P. E. Ebong, who left the military in 2015.

“You cannot hold a worship service in defiance of the directives of the Commander in Chief just to mark the 60th birthday of a retired colonel. Even for a serving colonel it is very wrong. You have to come with us and explain it to the magistrate at the mobile court,” Attah told Bassey.

The arrested clerics were consequently arraigned before a Mobile Court presided over by Magistrate Akonni.

Akonni found them guilty and fined them N5,000 each.