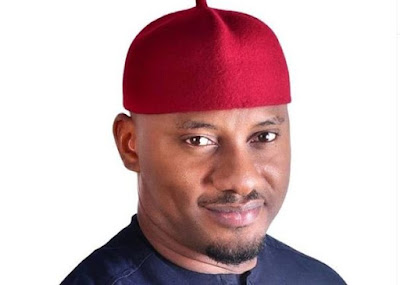 Ace Nigerian actor, Yul Edochie, on Monday decried what he called the “drop”  in the quality of Nollywood  movies.

The News Agency of Nigeria(NAN) reports that the thespian shared his thoughts in series of posts on his  Twitter handle.

He said there was need for seasoned actors to help revive the quality of Nollywood movies for the industry to retain its place on the global stage.

He said: ”The quality of our home videos has dropped so much. Lots of crappy actors/actresses,  crappy directors.


“We can’t continue like this. To all seasoned Nollywood practitioners, pls let’s revive it. People love our content all over the world.

"We just need to step up the quality.”

NAN reports that Yul Edochie, son of veteran  actor, Pete Edochie, made his Nollywood debute in 2005 when he featured in  “The Exquires” alongside the late Justus Esiri and Enebeli Elebuwa.

He, however, came to limelight in 2007 after starring alongside Genevieve Nnaji and Desmond Elliot  in the acclaimed movie, “Wind Of Glory”.

In 2009, he won the Best New Actor of the Year (English)  at the City People Entertainment Awards and later clinched the ‘Best Actor of the Year’ trophy of the same award in 2013 among other feats.