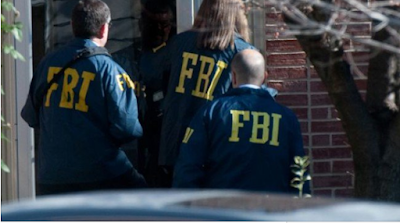 The United States Federal Bureau of Investigation (FBI) says it has arrested many Nigerians in an ongoing investigation related to fraud cases.

At a press conference monitored on Thursday, Nick Hanna, US attorney, said the fraud cases involved suspects colluding with federal and state agents to dupe unsuspecting victims of their money.

He said a total of 80 suspects “many of whom are from Nigeria” have been arrested and charged to court with 57 more being hunted globally.

He said: “FBI agents along with federal and state law enforcement authorities arrested a total of 14 defendants in the US, all named in a sweeping fraud and money laundering case.

“Those arrested today are among 80 defendants charged in a federal grand jury indictment that alleges that millions of dollars were taken from victims through a variety of scams and online frauds.

“We believe this is one of the largest cases of its kind in US history. BEC scam is used to hack email accounts to convince businesses or individuals to make payments that are either completely bogus or that should have been otherwise paid to legitimate companies.

“Indictments showed very specific allegations against this suspects many of whom are based in Nigeria in terms of stealing money from victims. The indictment also focuses on those responsible for enabling these fraud schemes including operatives in Los Angeles.”

Hanna said some of the victims were targeted specifically because they were elderly or vulnerable.

He added that a total of 252 count charges ranging from “conspiracy to defraud, conspiracy to commit money laundering, aggravated identity theft” have been filed against the suspects.

A 252-count federal grand jury indictment unsealed today charges 80 defendants, most of whom are Nigerian nationals, with participating in a massive conspiracy to steal millions of dollars through a variety of fraud schemes and launder the funds through a Los Angeles-based money laundering network.

The indictment was unsealed after law enforcement authorities this morning arrested 14 defendants across the United States, with 11 of those arrests taking place in the Los Angeles region. Two defendants were already in federal custody on other charges, and one was arrested earlier this week. The remaining defendants are believed to be abroad, with most them located in Nigeria.

The indictment alleges that the 80 defendants and others used various online fraud schemes – including business email compromise (BEC) frauds, romance scams, and schemes targeting the elderly – to defraud victims out of millions of dollars. According to a criminal complaint also unsealed today, co-conspirators based in Nigeria, the United States and other countries contacted the lead defendants in the indictment – Valentine Iro, 31, of Carson, and Chukwudi Christogunus Igbokwe, 38, of Gardena, both Nigerian citizens – for bank and money-service accounts that could receive funds fraudulently obtained from victims. Once members of the conspiracy convinced victims to send money under false pretenses, Iro and Igbokwe coordinated the receipt of funds and oversaw an extensive money-laundering network, according to the 145-page indictment.


The indictment and criminal complaint allege that Iro and Igbokwe, who were among those arrested this morning, were involved in schemes resulting in the fraudulent transfer of at least $6 million in fraudulently-obtained funds – and the overall conspiracy was responsible for the attempted theft of at least an additional $40 million.

The fraudsters targeted victims in the United States and across the globe, including individuals, small and large businesses, and law firms. Some of the victims of the conspiracy lost hundreds of thousands of dollars to fraud schemes, and many were elderly.

“This case is part of our ongoing efforts to protect Americans from fraudulent online schemes and to bring to justice those who prey upon American citizens and businesses,” said United States Attorney Nick Hanna. “Today, we have taken a major step to disrupt criminal networks that use BEC schemes, romance scams and other frauds to fleece victims. This indictment sends a message that we will identify perpetrators – no matter where they reside – and we will cut off the flow of ill-gotten gains.”

“Today’s announcement highlights the extensive efforts that organized criminal groups will engage in to perpetrate BEC schemes that target American citizens and their hard-earned assets,” said Assistant Director in Charge Paul Delacourt of the FBI’s Los Angeles Field Office. “Billions of dollars are lost annually, and we urge citizens to be aware of these sophisticated financial schemes to protect themselves or their businesses from becoming unsuspecting victims. The FBI is committed to working with our partner agencies worldwide to continue to identify these cyber criminals and to dismantle their networks.”

If a bank account with a specific business name was required to trick a business-victim into making a payment, Iro and Igbokwe often coordinated with “money mules” to open accounts that could receive funds obtained, according to court documents. In addition to making the fake business name mirror the name of a legitimate company, members of the conspiracy routinely filed fictitious business name statements with the Los Angeles County Registrar/Recorder’s Office that were presented to banks when the fraudulent accounts were opened.

Once a victim deposited funds into a bank account or a money services account, Iro and Igbokwe allegedly coordinated with others to further launder the funds. Members of the conspiracy sometimes wired funds to other bank accounts under their control; in other cases, they simply withdrew funds as cash or negotiable instruments such as cashier’s checks.

Each of the 80 defendants named in the indictment is charged with conspiracy to commit fraud, conspiracy to launder money, and aggravated identity theft. A number of the defendants also face substantive fraud and money laundering charges.

Additionally, Iro, Igbokwe, Ikogho, Ogungbe and three other defendants –Izuchukwu Kingsley Umejesi, 30, of Los Angeles, Tityaye Marina Mansbangura, 33, of Palmdale, and Obi Madekwe, 31, of Nigeria – are charged with operating illegal money transmitting businesses. Ogungbe and Mansbangura were also among those arrested this morning, and Umejesi is a fugitive currently being sought by authorities.

Iro, Igbokwe and Chuks Eroha, 39, face additional charges for attempting to destroy their phones when the FBI executed a search warrant in July 2017. Iro also is charged with lying to the FBI in an interview conducted during the search. The complaint alleges that, when the FBI arrived to conduct the court-authorized search at Iro’s apartment in Carson, Iro broke his phone in half, while Igbokwe and Eroha threw phones from a bedroom window of the apartment. While Iro claimed he previously had broken the phone during an argument with his wife, the complaint details how the FBI was able to determine that the phone was operational until seconds after the FBI knocked on Iro’s apartment door to execute the search warrant. Eroha is believed to have fled to Nigeria shortly after the FBI executed the warrant.

The charges contained in the criminal complaint and indictment are merely accusations, and the defendants are presumed innocent unless and until proven guilty in court.

This investigation is being led by the Federal Bureau of Investigation.

Many of the FBI’s Legal Attachés provided assistance throughout this investigation, as did the Criminal Division’s Office of International Affairs, and foreign authorities around the world. In particular, the FBI and U.S. Attorney’s Office thank the National Crime Agency in the United Kingdom and the Public Prosecutor’s Office of Osnabrück, Germany for their contributions.

This case is being prosecuted by Assistant United States Attorneys Anil J. Antony and Joseph B. Woodring of the Cyber and Intellectual Property Crimes Section.