BBNaija: I will date Khafi outside the house - Gedoni tells Frodd 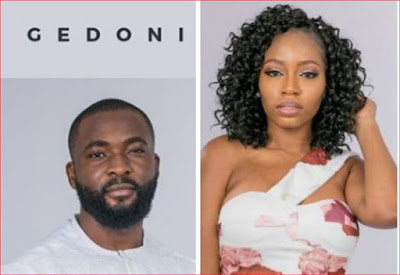 BBNaija housemate, Frodd on Friday inquired from fellow housemate, Gedoni If he truly loves Khafi. The opinionated Frodd warned Gedoni not to break the heart of Khafi outside the Big Brother House.

Frodd made this known while speaking with Gedoni during a chat in the house garden.

He said: “Khafi’s people will break your legs if you broke her heart.”

“I will date Khafi outside the house, I’m already dating her now,” Gedoni replied.


Gedoni recently stirred reactions on social media over his brewing relationship with Venita.

He and Venita had engaged in a deep conversation regarding his relationship with Khafi.

Venita started the conversation after Sunday live eviction show which had Ebuka Obi-Uchendu asking Khafi about Venita’s stepping into her relationship with Gedoni.

Gedoni moved towards Venita who was angry at Khafi for discussing her relationship with other housemates.

During their chat, Venita told Gedoni that she doesn’t care about Khafi and would have him if she feels so.

An excited Gedoni then hugged Venita and placed a kiss on her cheek.