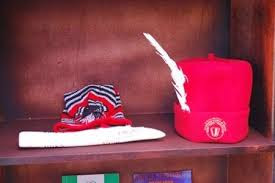 The Ohanaeze Ndigbo, an apex Igbo socio-cultural organisation, has proposed that the south-eastern states be merged as one federation.

This demand was made by the youth wing of the group, in a statement on Monday by Arthur Obiora, the national youth leader.

According to Obiora, there will be a referendum on August 8, for Abia, Imo, Anambra, Ebonyi and Enugu to decide whether they would want to be merged into one federating unit.

According to the statement, a bill tagged “A law of Abia, Anambra, Ebonyi, Enugu and Imo states houses of assembly for the holding of a referendum on the proposal to federate Abia with Anambra, Ebonyi, Enugu and Imo and constitute same into South-Eastern Region of Nigeria within the Federation of Nigeria” has been sent to the respective states’ houses of assembly for consideration.

He notes the proposal is “in view of the socio-political and structural conflicts in Nigeria.”

“On the 8th of August, 2019, a referendum shall be held in Abia state, Anambra state, Ebonyi state, Enugu state and Imo state of Nigeria on Whether the Government of Abia, Anambra, Ebonyi, Enugu, and Imo states should negotiate with each other with a view to forming a Federation of State to be known as South Eastern Region of Eastern Nigeria,” the statement read.

“Whether the said Region should negotiate with the Government of Nigeria and the remaining 31 states or any group of states that have also agreed to federate … to achieve autonomy/self-determination for the said region within a federation of Nigeria Constituent Units.”

Eligible voters for the referendum “are the persons who, on the date of the referendum, would be entitled to vote as electors at a Local Government Election in the electoral area/ward of the state in which they reside or carry out business.”

“The result of the referendum shall constitute the entire position of Abia, Anambra. Ebonyi, Enugu and Imo states (South-Eastern Region of Nigeria),” he said.