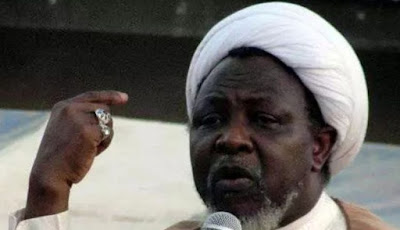 Leaders of  Islamic groups and Imams have told the Federal Government not to allow the violent agitations by the Islamic Movement in  Nigeria to degenerate into another Boko Haram insurgency.

In separate interviews with our correspondent on Wednesday, they expressed concern over the continued detention of  Ibraheem El-Zakyzaky,  leader of the sect otherwise known as  Shi’ites. They are also worried by the protests by the group to force the FG to release their leader.

He said, “We suggest  the FG  show goodwill and allow leaders of the Muslim community in Nigeria headed by the Sultan of Sokoto, Alhaji Sa’ad Abubakar, to intervene and ensure a Memorandum of Understanding between the leaders of the protesters, Muslim leaders and the  FG that  will contain the conditionality for  El-Zakyzaky’s  release such as non-violence and peaceful processions. We are not against his release, but peace must be guaranteed.”

He said, “President Buhari should accept full responsibility for allowing this situation to deteriorate under his watch. It seems Nigeria is sleepwalking into another Boko Haram quagmire in the making with the continued illegal detention of the Shi’ites leader.”

Chief Imam, University of Abuja, Prof Taofiq Abdulaziz, however, said the FG should not bow to pressure to release El-Zakyzaky, saying “other terrorist groups will get away with their crimes through protests”.

Imam Nojeem Jimoh of The Companion said, “I call on the government to review the situation of El-Zakyzaky and his wife’s detention and make a decision in the overall interest of peace in the country. We do not want another Boko Haram coming out of this.”