Why I left Olamide’s label- Lyta 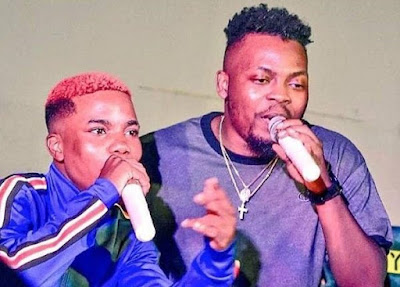 Afro-pop singer, Lyta a former signee of YBNL, Olamide’s record label, has recounted why he left the label.

Speaking in an interview with Hip TV on why he parted ways with the label, Lyta said he had a music release calendar which was unpredictable with how often he intended dropping new songs.

“When we want to drop new songs, we do so in a group of five artistes. I was dropping my songs and they were talking about a calendar of some sort that I knew nothing about. I couldn’t always have to wait that long before dropping songs for my fans,” he said.

“That was why I made the move to leave the label. Olamide treats me well. He takes me like a son and taught me lots of stuff, told me I had to hustle. While I’ve been there, I’ve been okay with the family. But for the good of my music career, I decided to move.”


After LYTA’s departure, Olamide had in a statement explained that he (LYTA) told him some persons expressed interest in signing him and that the calendar routine was only a way to ensure even growth among upcoming artiste signed to the label.

“I don’t have any deal with YBNL or Olamide. Olamide saw me on the street and helped me. I don’t have any written contract with him… YBNL and Olamide will always be part of my story. God bless Olamide, thank you for everything. No love lost,” he had said.