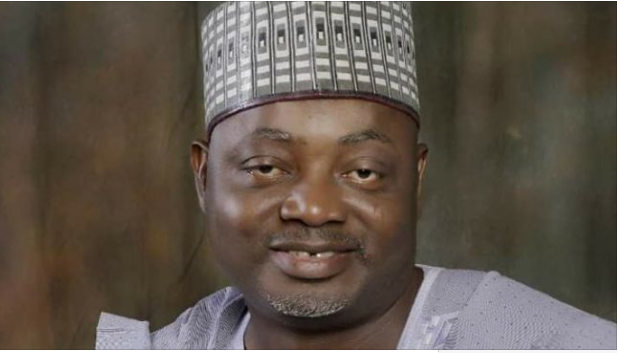 The All Progressives Congress (APC) has called on the Peoples Democratic Party (PDP) to stop campaigning on frivolities ahead of the 2019 presidential election.

The ruling party urged PDP to speak on completed projects and pro-people policies it had embarked upon as a government rather than engaging in frivolities.

The APC National Publicity Secretary, Malam Lanre Issa-Onilu, said this in a statement on Thursday in Abuja, while reacting to PDP`s latest statements on President Muhammadu Buhari`s achievements on security.

“The PDP in its latest ignominious campaign of falsehood is attempting to distort facts on the security record of the President Buhari-led APC administration.

“The PDP National Chairman, Uche Secondus in a recent television interview declared that under the APC administration, more Nigerians have been killed than during the Civil War that ended in 1970.

“Sadly, this kind of blatant falsehood has become the favourite pastime of the PDP.

“If we are to join the PDP in their mindless game of playing politics with the state of insecurity, we would be pitching the number of casualty during the civil war with what Nigerians witnessed under PDP.
“As a party, we would rather engage the PDP on the number of completed projects and pro-people policies we have embarked on as a government for the benefit of the country, “ he said.

He explained that the APC understood governance to be serious business and was focused on finding lasting solution to the state of insecurity in the country.

Onilu further listed significant successes recorded in the last three and half years in the country`s security and other sectors since the inception of the APC administration.

He noted that the Niger Delta violence which was prevalent under the PDP government had been tackled, adding that the APC government had now embarked on the environmental clean-up of Ogoniland.

This, he said, was to restore the ecosystem of the area, which according to him, was of no concern to PDP during its 16 years in power.

“Besides guerrilla attacks and hitting at soft targets, Boko Haram has been seriously degraded such that it lacks any capacity to hold territory.

“Most Nigerians, especially, the people of the North-East are still smarting from the monstrosity of Boko Haram attacks on the innocent citizens and control of large swathes of the country’s territory under PDP,“ Onilu said.

The APC spokesman stressed that in view of the PDP’s distortion of facts, it was necessary to catalogue some of the many unresolved political assassinations, state sponsored military attacks against Nigerian citizens and unchecked ethno-religious conflicts.

This, he recalled, led to the gruesome deaths of hapless Nigerians in their thousands during its time in government.

He further recalled the military attacks on communities such as Odi and Zaki Biama and resultant deaths from riots over Sharia law in different parts of the North.

He also noted the unchecked internecine killings in Plateau State and other states in the North-Central which claimed thousands of lives.

He said the Niger Delta militancy that emerged under PDP made the region a hotbed of expatriate kidnappings, killings, illegal bunkering and other criminal activities.

The APC spokesman further said that with the emergence of Boko Haram under the PDP administration, the sect was allowed to gain ground and control 14 local governments in the region.

This, he said, turned states like Borno, Adamawa, Yobe and the Federal Capital Territory (FCT) into killing fields.

“The least the PDP can do in this circumstances is to resist the urge to dance on the graves of the hundreds of thousands of people who were gruesomely murdered while it was in charge.

“The PDP and indeed, all of us, owe victims solemn conducts in their honour and in empathy with the bereaved families, “Onilu said.