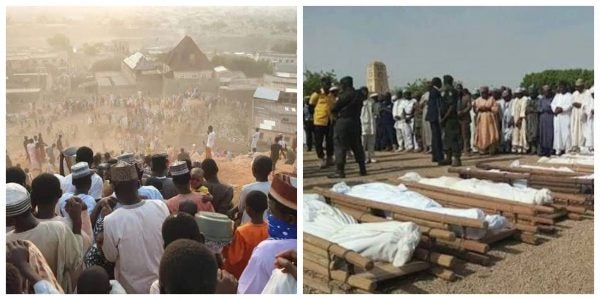 A medical doctor has alleged that the death toll in Kano state has risen to 640 after a strange disease allegedly hit the Northern state.

Few days back, it was reported on some media platforms that about 150 people died under the space of three days, causing undertakers and grave diggers in the city to express deep concerns.

The dead bodies buried in three cemeteries excludes others buried in dozens of burial grounds across the eight local government areas that constitute Kano metropolis according to Daily Trust.

Kano State today confirmed 74 new cases of COVID-19 within 24 hours, an exponential increase from when the index case was first reported 11 days ago.


Though the deaths in the state have not yet been linked to the deadly coronavirus disease.

Khalid Munir, a resident in Kano, said he was deeply concerned about the situation because cases of Coronavirus in the city were rising.

“The index Coronavirus case for example went to a lot of places even Friday prayers before he was confirmed positive, so a lot of people might be walking around with Coronavirus and dying from it and not even know,” he said.

The Nigeria Centre for Disease Control (NCDC) had shut down in the state on Wednesday and no definite date for resumption.