Why myself, aides took Covid-19 tests after CSO’s death – Tinubu 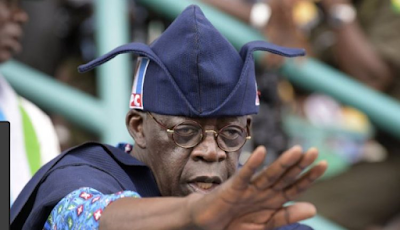 The National Leader of All Progressives Congress (APC), Senator Bola Tinubu has disclosed the real reasons he ran Covid-19 test, stressing that he was not in self-isolation contrary to some reports.

Rather, the APC leader clarified that he “has only been keeping faith with all the preventive measures to contain the spread of COVID-19 and not having contact with many people at this time.”

He made the clarification in a statement by his spokesperson, Mr. Tunde Rahman, disputing claims that Tinubu’s Chief Security Officer, Alhaji Lateef Kareem, died of COVID-19 on Friday.

Raheem, 51, died Friday after falling ill on Monday. However, reports claimed that the deceased had a history of high blood pressure and diabetes.

Raheem had been on Tinubu’s team for over 20 years and was the only aide still left from his time as governor of Lagos state from 1999 to 2007.

After his burial on Friday, reports claimed that Raheem died of COVID-19, thereby fuelling speculation that the APC leader had gone into self isolation.

Faulting the claims yesterday, Tinubu said in a statement that he “is not in self isolation. He is only keeping faith with all the preventive measures and not having contact with many people at this time.

“He is observing social distancing as it were. There is nothing to warrant self isolation. It has not been proven that our Chief Security Officer, Alhaji Lateef Kareem, died of COVID-19.

“What we know is he was battling diabetes and high blood pressure before he died and he might have died of complications from both,” he explained.

After his death, the statement explained samples “were taken from his body by medical experts from the NCDC in Lagos. We are still awaiting the results of the test.”

As a precaution, It was reported that Tinubu and his personal aides were tested for the coronavirus following the death of his chief security officer (CSO).

TheCable understands that before his burial on Friday, samples were taken from his body for laboratory tests to determine if he was infected with COVID-19.

On Saturday, samples were also taken from Tinubu and his personal aides. Results are expected on Monday, sources told TheCable.