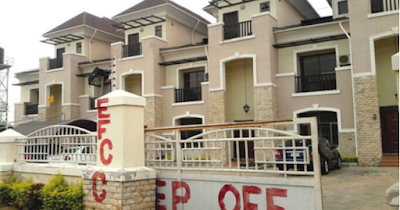 The inter-ministerial committee on the disposal of assets forfeited to the federal government, has commenced the process of selling final forfeited assets in 25 locations across the country.

Dayo Apata, chairman of the committee, made this known on Tuesday at a press conference.

President Muhammadu Buhari had on November 9, inaugurated the committee following a presidential directive of October 27, recognising the need for the office of the attorney-general of the federation to coordinate and oversee a uniform process or common platform for the recovery, management and sale of all assets forfeited to the federal government.

Apata said the assets recovery and disposal process are part of the administration of criminal justice.

He said the committee comprised of representatives from the presidency, police, navy, Economic and Financial Crimes Commission (EFCC), Independent Corrupt Practices and Other Related Offences Commission (ICPC), as well as ministries of finance, justice, works and housing, among others, is working towards completing its assignment within six months.

Some of the assets to be sold include landed properties, plants, machinery, motor vehicles, jewelry, etc.

“It needs to be emphasized that asset recovery and disposal constitutes an integral part of the administration of criminal justice which are all within the purview of the Hon. Attorney-General of the Federation,” he said

“The Committee is working assiduously to complete its assignment within the six (6) months’ time frame as spelt out in the presidential directive and is guided by the Asset Tracing, Recovery and Management Regulations, 2019, Standard Operating Procedures (SOP) and its Terms of Reference (TOR).

He said the committee seeks to put an end to poor management and wastage of assets which prevents government from realizing the full benefits of the forfeiture.

The chairman added that the committee made publications in the federal tenders journal and two (2) national newspapers (ThisDay and the Daily Trust) on February 1 to kick-start the disposal process.

“Please note that the Committee intends to engage valuers and auctioneers as part of the process in the disposal of assets forfeited to the Federal Government and the list of assets will be published accordingly. Interested persons/firms are encouraged to look out for the publication and make submissions in the required format and within the specified timelines,” he said.

“Since inauguration, the committee has held several meetings and consultations and has worked assiduously to develop its work plan, templates, strategies and modalities, in line with relevant Laws and Regulations, to aid it in the discharge of its mandate within the set time limit.

“The Committee holds sacred the twin features of transparency and accountability paramount in the discharge of this monumental national assignment of disposing assets forfeited to the government. Accordingly, members have executed Declaration of Conflict of Interest and Non-Disclosure Forms. This is the first time in Nigeria.”

Although the statement was silent on the particular assets, EFCC had in the past secured court approval for final forfeiture of some assets.

In 2019, a federal high court in Lagos ordered the permanent forfeiture of $40 million worth of jewellery seized from the residence of Diezani Alison-Madueke, a former minister of petroleum resources.

In the same year, a court ordered the permanent seizure of $8.4 million (about N3billion) and N9.2 billion, belonging to Patience Jonathan, wife of former President Goodluck Jonathan.

A final forfeiture of Dews of Hope Hospital, Owerri, a N1.5 billion state-of-the-art 200-bed hospital, allegedly linked to an aide of Rochas Okorocha, a former governor of Imo state and serving senator, was granted.

After the press briefing, the inter-ministerial committee visited four locations including a house at 14 Adzope Crescent, Wuse 2, Abuja, a property recovered from Alex Badeh, a former chief of air staff and later chief of defence staff.

Other locations visited by the committee include EFCC’s vehicle dump site near the National Mosque; The Platinum Residence Exquisite Luxury Accommodation, located in AMSSCO Platinum City, Galadimawa; and a house located at 6 Ethiope Close Maitama.