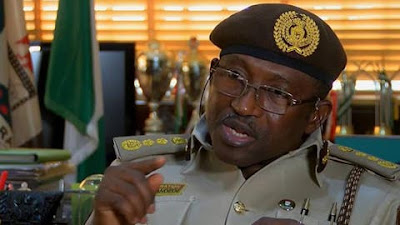 The Nigeria Immigration Service has said it has  yet to receive a directive on the travel ban imposed on 100 international passengers by the Federal Government for allegedly  flouting the mandatory seven-day post-arrival COVID-19 polymerase chain reaction test.

The NIS spokesman, DCI Sunday James, said he has not received official communication in respect of the ban announced by the Secretary to the Government of the Federation and Chairman of the Presidential Task Force on COVID-19, Boss Mustapha, on Friday.

The Federal Government had announced the sanction on the travellers in a memo titled ‘Travel restriction,’ released by the Federal Ministry of Information and Culture.

According to document, the six months’ travel restriction, which took effect on January 1, 2021, was based on “presidential authority.”

The SGF had said, “Defaulting passengers have been notified and will be prevented from travelling out of the country during this period.”

But when asked about the steps being taken by the NIS to enforce the directive on Sunday, James said, “I am not aware of the order, I have not received any official directive on it;  I have only seen it on social media. You can call me tomorrow (Mon)”

Mustapha had on  December 29, 2020, said with effect from January 1, the passports of the first 100 passengers who had failed to take their day-seven post-arrival PCR test would be published in national newspapers.

He also noted that the PTF had worked out additional quarantine protocols to be observed by travellers arriving from the United Kingdom and South Africa,  in keeping with government determination to minimise any possibility of importation of the virus.