We need to help Pepe, not judge him – Arteta 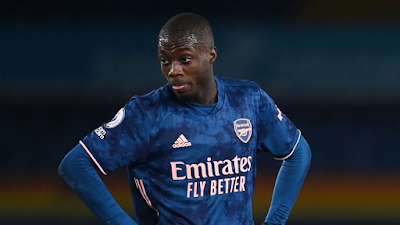 After Pepe scored eight goals during his debut campaign, the hope was for the Ivory Coast international to kick on but he has struggled in the Premier League this season and was recently sent off at Leeds.

“We need to help him to (succeed),” Arteta said. “In order to do that he needs minutes, he needs consistency in the team and when he has that, he needs to show he is capable of doing it.

“Let’s see how the next few months develop.”

He added: “I think it is hard to make judgement on some players that haven’t played many minutes over the last two or three weeks and to throw them in and expect them to be the best player on the pitch.

“I don’t think it happens and Nico tried. He tried all the game and had some really good moments – moments where he could have scored two or three goals.

“In a normal circumstance and with his ability in those positions, he puts the ball in the back of the net. He didn’t do it but I think his contribution overall was good.”