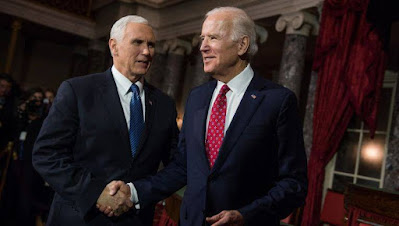 Mike Pence, outgoing vice-president of the United States, will attend the inauguration of President-elect Joe Biden.

According to Bloomberg, two people familiar with Pence’s plans confirmed that he would attend the January 20 inauguration that President Donald Trump has vowed to stay away from.

In one of his last tweets before he was permanently suspended from major social media platforms, Trump had said: “To all of those who have asked, I will not be going to the Inauguration on January 20th.”

This is not the first time that Trump and Pence will publicly take different position on issues, in the last five days.

Trump had mounted pressure on Pence to scuttle the certification of Biden’s victory but the outgoing vice-president had replied by saying he would only follow what the constitution says.

When protesters broke into the US congress while Pence was presiding over the certification of Biden’s victory, the outgoing president had cheered them on but the number two man in the US condemned the action in strong terms, saying those found culpable will be punished.

Speaking with reporters, Biden said he agreed that Trump should not attend the event, describing it as “one of the few things we have ever agreed on.”

But he said he would be honoured to have Pence at the occasion.

“I’d be honored to have him there and to move forward in the transition. I think it’s important that as much as we can stick to what have been the historic precedents and circumstances of how an administration changes,” Biden said.

Traditionally, the incoming and outgoing presidents ride from the White House to the US Capitol together for the inauguration ceremony.