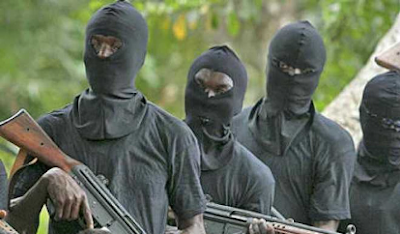 The Spokesman of the police command in the state, ASP Sunday Abutu, who confirmed the abduction to newsmen on Monday said that a manhunt had been launched to rescue Akinbami and arrest his abductors.

“The DPO led his team to the scene to find clues that could aid the prompt arrest of the suspects and rescue of the victim when the information was received.

”The Commissioner of Police, Mr Tunde Mobayo has called for calm and assured the people of the state that the police would do its best to ensure the rescue of the victim and the arrest of the abductors.

”The Commissioner also advised everyone to be wary of strange and suspicious faces around their domains.

“We urge anyone with useful information concerning the incident to please contact the nearest police station or call 0806 233 5577,” he said.

A source who spoke with newsmen said Akinbami was abducted by gunmen suspected to be kidnappers on Sunday night at about 9:00pm at one of his filling stations located along Ado Ekiti – Ijan Ekiti road.

According to the source, he was suddenly approached by the gunmen numbering four, who came to the filling station.

The source said it was after then that Akinbami was ordered into his jeep, parked in the environment, after which they drove him into an unknown destination, NAN reports.