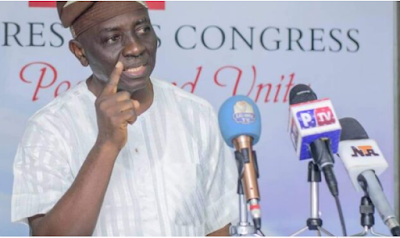 The attack was said to have happened on Sunday at Ikire town, Irewole local government area of the state, during a constituency meeting.

The meeting was said to be in progress when the gunmen struck. But Oriolowo’s security aides were said to have successfully taken him out of harm’s way.

Oriolowo described the attack as an “assassination attempt”.

“Just escaped an Assassination attempt on my life and that of my entourage. To God be the glory. We are safe and alive. God is my helper, my shelter and my fortress, I fear no evil,’’ Oriolowo posted on his Facebook page.

On October 24, 2020, hours after a warehouse in Ede was looted of COVID-19 relief packages, some youths were said to have invaded Oriolowo’s home, farm and constituency office and reportedly robbed him of valuables. Three suspects were later apprehended and charged to court.

Modupe Awodele, chief magistrate, Osun state magistrate court in Osogbo, in her judgement on November 3, 2020, ordered that the three suspects be remanded in prison.