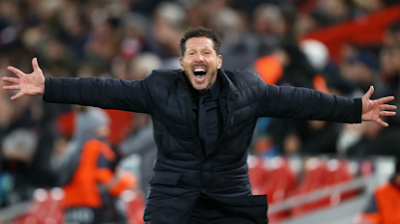 Atletico Madrid manager, Diego Simeone, has been declared Coach of the Decade.

This was disclosed in a statement released by the International Federation of Football History and Statistics (IFFHS) on Wednesday.

“His regularity and his power made the difference to win the Award of the Decade 2011-2020,” IFFHS statement read.

During the last ten years, Simeone has won fewer European titles than Zidane and not as many league honours as Guardiola but has accrued enough points in the ranking system because of his consistency at Atletico Madrid.