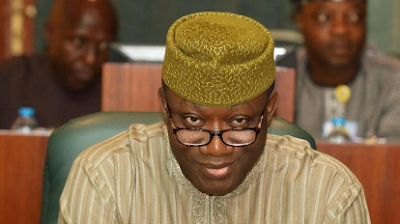 As the non-academic staff of the Ekiti State University, Ado Ekiti (EKSU) under the auspices of Joint Action Committee of Non-Academic Staff Union (NASU) and Senior Staff Association of Nigerian Universities (SSANU ) join the national strike, a call has gone to Governor Kayode Fayemi to increase subvention to the institution.

The staff, who started a three-day protest in line with the directive of their national bodies, appealed to Governor Fayemi to pay the four months outstanding subvention owed the university to meet workers’ demands and execute projects that can transform the university.

These appeals were made on Wednesday, by SSANU and NASU Chairmen, Coms Kolapo Olatunde and Olajide Olayinka respectively, during a solidarity rally held in EKSU in tandem with the directive the three- day national strike declared to press home for their demands.

Olatunde said: “It is sad that this university has not received capital funding for 10 years while subventions being paid monthly were not enough to pay salaries let alone effecting capital projects.

“As of today, the government is owing four months’ subvention, which has made it practically impossible to pay salaries of staff and gratuities of retirees.

“In the last budget of year 2020, the subvention was jacked up to a sum of N300 million monthly, but we are still collecting the old amount, which was around N255 million. They must understand that delay is dangerous.

“The FG and respective states must agree with the five years renegotiation of allowances signed with workers. University workers would no longer tolerate non -payment of gratuities and owing of salaries and allowances.

“And if nothing is done to rectify all these, we may not be able to guarantee industrial harmony in EKSU”.

Olatunde appealed to the federal government not to rush into reopening of schools in view of the spread of COVID-19 disease.

“We shouldn’t rush to reopen schools. The online study is now in place. Tertiary institutions can resume, but the teaching must be online in order not to endanger the lives of lecturers and students”, he warned.

Also speaking, the NASU leader, Com Olajide Olayinka, said nothing has been done to palliate the sufferings of the universities’ non-academic staff, despite the long drawn battle with the governments.

He said: “All we are requesting for are legitimate rights. FG and state government must listen to us if truly they are committed to the future of our youths.”