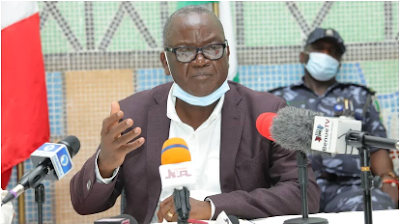 The Benue government says it is mourning the death of former Military Administrator of the state, Aminu Isa Kontagora.

The retired Colonel passed away on Sunday at the age of 65.

Governor Samuel Ortom has declared Tuesday a work-free day and directed that flags be flown at half-mast.

Ortom described the demise of Kontagora as a great loss to Nigeria and Benue State.

The governor described Benue as a second home of the deceased, as he remained in touch with the state during happy and trying moments.

He sympathized with the government and people of Niger State over the death of their son and prayed God to grant his soul eternal rest.

The lawmaker said the honour done the deceased by Ortom was well deserved, adding that Kontagora’s legacies would always be remembered.

Born 1956, Kontagora was Military Administrator of Benue from August 1996 to August 1998 during the General Sani Abacha regime.