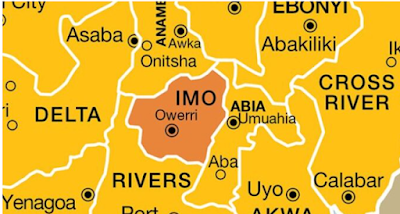 Four residents have been reportedly shot dead in Orlu, Imo state, following a clash between officers of the Nigerian army and the Eastern Security Network (ESN) established by the Indigenous People of Biafra (IPOB).

It was gathered that the clash was triggered after some soldiers were attacked for allegedly assaulting some youths in the town on Sunday night.

An eyewitness, who chose to remain anonymous, said the soldiers retaliated and allegedly shot one of the youths dead before leaving the area.

However, the soldiers were said to have returned later at night only to meet stiff resistance from personnel of the IPOB security outfit.

A clash between the two groups led to sporadic gunshots, as residents scampered for safety.

It was further gathered that more soldiers were deployed to the town on Monday, with sporadic gunshots heard in Orlu town and other parts of Orlu local government area (LGA).

Four persons, including a middle-aged woman, were said to have been killed by stray bullets while some properties were burnt.

At least four Hilux vans conveying heavily armed soldiers were seen patrolling the roads, while two vehicles filled with ESN personnel were sighted in another part of the town.

The spokespersons of the Nigeria police force and the army to comment on the incident.