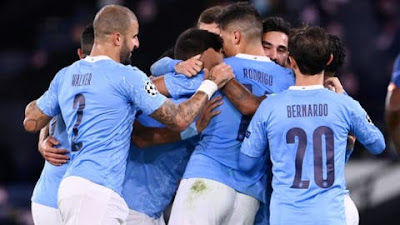 Chelsea have been beaten 3-1 at Stamford Bridge by Manchester City in the English Premier League on Sunday.

Ilkay Gundogan opened the scoring for City in the 18th minute from a Phil Foden assist.

Three minutes later, Kevin De Bruyne set up Foden to double the lead for the visitors who went into the game on the back of a 2-0 win against Newcastle.

City continued to dominate the game and pressed with counter-attacks whenever Chelsea found their way in their half.

One of the counter-attacks paid off with Raheem Sterling making a brilliant run, hitting a shot against the bar and leaving De Bruyne to score from the rebound in the 34th minute.

The second half of the game saw the same momentum but ended with a consolation goal for Chelsea and scored by Callum Hudson-Odoi in the 92nd minute.