Despite no zoning in APC, common sense should prevail – Ibrahim Shekarau 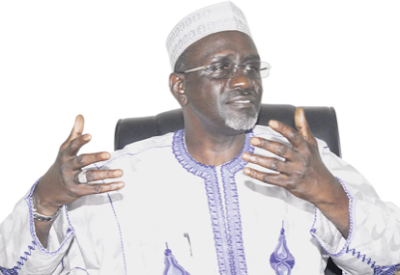 Senator Ibrahim Shekarau has asked his party members to allow common sense to prevail in shifting the 2023 presidency despite no zoning law in the APC constitution.

Former Governor Ibrahim Shekarau who was speaking to newsmen in an interactive session said though the APC left its doors open for everyone to contest, it doesn’t mean there should be no considerations in dealing with issues at stake.

He said where a President comes from should not matter to Nigerians but they should worry about the quality of the person in question.

“Although it is true that the principle of zoning does not exist in the APC, justice should prevail in choosing the next person to fly the flag of the party”.

“The issue of zoning in APC is just the same as the issue of the six geopolitical zones we have in Nigeria and that of where the Vice President comes from, they are not all in the nation’s constitution but they are today being respected”.

“Let me make it categorically clear that where a President comes from does not matter today in Nigeria, Jonathan was President, his people couldn’t enjoy much of his government, likewise Obasanjo and today President Buhari, I think Nigerians should work towards having who is desirable to lead them rather than the primordial belief we propagate”.

“Today there are 82 million eligible voters who elect only 11,000 persons into offices, does that mean we can not elect those who are rightful to lead us or what are the missing links”.

“Surprisingly in the National Assembly there are 469 Senators but all could not checkmate the President, allowing him to do what he needs and how he needs, that is why the question is not where a President cones from but rather doing the right thing, by voting who is desirable and courageous enough to change the narrative”.

Shekarau further lamented that the problems of Northern Nigeria have persisted because the region lacks leaders and a strong voice to speak.