EPL: Chelsea shortlist four managers to take over from Lampard 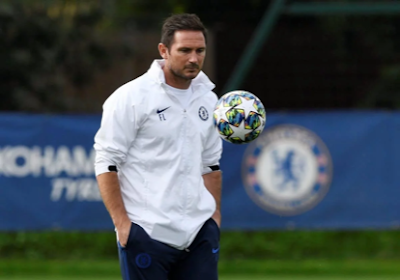 Chelsea has shortlisted four managers to take over from Frank Lampard if the Blues coach is unable to improve the club’s results.

According to the Independent UK, former Paris Saint-Germain manager, Thomas Tuchel, ex-Juventus boss, Massimiliano Allegri, Leicester City head coach, Brendan Rodgers and Southampton’s Ralph Hasenhuttl are the four contenders to replace Lampard should he be given his marching orders out of Stamford Bridge.

The report added that Chelsea hierarchy are also prepared to give Lampard more time to turn around the club’s poor run of form but will continue to monitor the situation.

Chelsea board are also concerned by Lampard’s inability to get the best out of new signings such as Kai Havertz and Timo Werner following a summer of major investment.

Chelsea have only managed to win just one out of their last six matches in the English Premier League (EPL).

Lampard’s side also lost 3-1 to Manchester City in the Premier League at home last Sunday.

Chelsea is currently in the ninth position on the Premier League table and seven points behind leaders Liverpool.

Their next game is against Morecambe in the FA Cup this weekend.