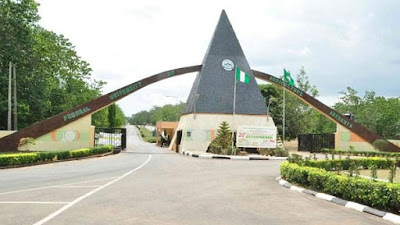 The vice-chancellors of some federal and state universities in Nigeria say schools can resume academic activities contrary to the warnings by the Academic Staff Union of Universities (ASUU).

Following the suspension of its protracted strike, ASUU had warned that it remains unsafe to resume activities considering the “inadequate measures” put in place to prevent the spread of COVID-19 across various universities.

According to PUNCH, Felix Salako, VC of the Federal University of Agriculture, Abeokuta, said the varsity would resume academic activities on January 18, in compliance with the COVID-19 directives of the federal government.

Salako said the school has been fumigated over 10 times since last March. He added that the institution produced its own sanitisers and provided hand-washing basins to enable staff and students to observe the COVID-19 protocols.

The VC noted that the university would carry out both physical and virtual classes. He also said over 150 solar panels were installed in some buildings to serve as an alternative source of electricity and aid the smooth flow of learning.

“The virtual learning will take care of large classes, like the part one students, but for fewer classes, we have large halls to accommodate the students,” Salako was quoted as saying.

In the same vein, the VC of a federal university in the south-west was also quoted as saying that it was wrong for ASUU to claim that COVID-19 guidelines had yet to be implemented towards the reopening tertiary institutions.

“I think ASUU should begin to speak to facts. Inasmuch as we do not want the COVID-19 outbreak on our campuses, we had our plans. Some academic activities can resume for classes with a few populations,” he said

When quizzed on the prospects of reopening varsities, another VC added: “LASU recently held exams for students in compliance with COVID-19 guidelines. What do they mean by saying there is no guideline for reopening?”

ASUU had embarked on an indefinite strike last March over the non-implementation of its agreements with the federal government.

It had also raised concerns about earned academic allowances (EAA) and funding for public universities.

The strike later suspended “conditionally” last December after series of negotiations with the federal government.

But recently, top ASUU officials had warned the federal government that lecturers might be forced to resume the strike if they fail to honour its agreements, which they stated had been due for implementation as of December 31.